Available to purchase on Amazon, Barnes and Noble, IndieBound, Joseph-Beth Booksellers, Powell’s City of Books, and your local indie bookstore!

Book 2 in the Bloodlines Series

God of the Internet 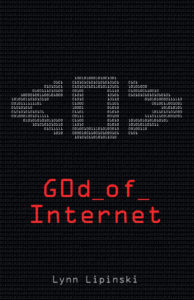 Islamic jihadist group, their first act is to disrupt the water treatment systems in Boston, Dallas and Los Angeles. Next, the power grids go down. Is this the start of a digital world war?

The only thing standing between the terrorists and their goal to weaponize the internet is a small band of white hat hackers, including cybersecurity guru Mahaz Al-Dossari and his wife Juliana.

The search is on for a couple hundred lines of code and a global hacker network before they can make good on their ultimate threat to divert money from the world’s banks. But G0d_of_Internet has been tracking their every move. And it’s Juliana, a PR manager lacking in technical skills, who may hold the key to unmasking the hacker.

“A deadly and exhilarating game of cat and mouse that has all the makings of an engaging series about fighting terrorists.” —Kirkus Reviews (starred review)

“Five stars. In a real thrill ride of a read, God of the Internet…will grab readers from the very first pages, and keep them obsessively turning…all the way through until the very end.” —Readers’ Favorite 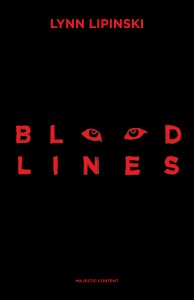 Fired from his job at the Tulsa Zoo, 26-year-old Zane Clearwater wakes from an alcohol-and cough syrup-induced blackout to learn his mother was killed the night before in a fire in their trailer-park home. Zane has no memory of that night—could he have set the blaze? The police have a lot of questions, but so do Zane and his 14-year-old sister Lettie.

When he gets a mysterious text that indicates everything his mother told him about her past was a lie, Zane embarks on a journey of discovery that results in meeting his supposedly long-dead father. Jeremiah Doom has a dangerous streak as long as the Arkansas River and a shady, secretive life. Zane may share his father’s Cherokee blood, but can he battle against the anger and violence that also lurks beneath the surface of his own skin? Is Zane destined to repeat the sins of his father?